The 2019-20 bushfires in Australia have had severe impacts on many animals. The fires burned through an unusually large area and, in many places, with unusually high intensity. Some animals were considered threatened before the fires, and the fires have now likely increased their risk of extinction. Many other fire-affected animal species were considered secure and not threatened before the fires, but have now lost much of their habitat and may be at greater threat of extinction.

To support protection and recovery of these animals, action is needed for many species, at many sites. This will be supported by a wide range of government agencies, conservation organisations, university researchers, community groups and the public.

Some species are in need of more urgent help than others.

119 animal species have been identified by experts and communicated by the ‘Wildlife and Threatened Species Bushfire Recovery Expert Panel’, convened by the Australian Government. Most of these animals have had at least 30% of their range burnt, and many have had substantially more. You can download the full species list and summary report here.

The priority animals were identified based on the extent to which their range has potentially been burnt, how imperilled they were before the fires (for example, whether they were already listed as vulnerable, endangered or critically endangered), and the physical, behavioural and ecological traits which influence their vulnerability to fire. The framework and methods used to determine the priority species is described in the report available on the Department of the Environment’s website. 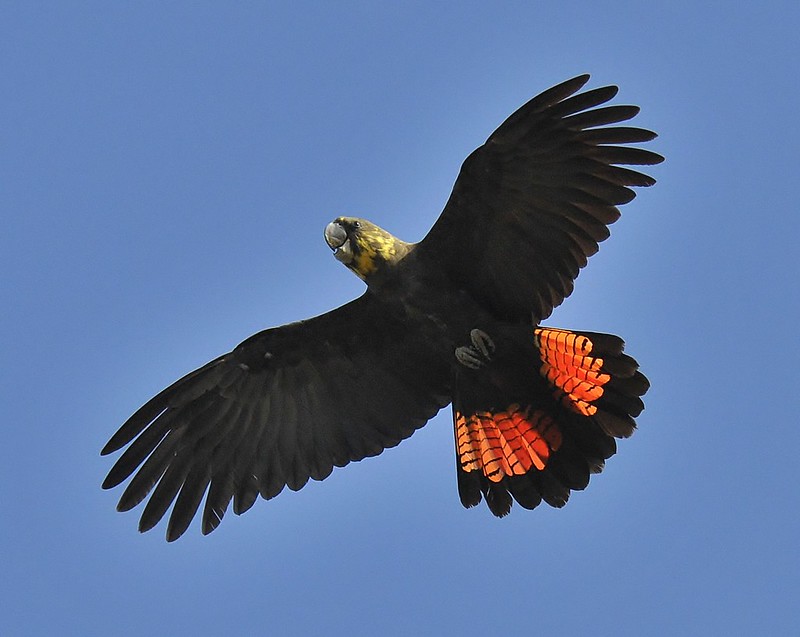 Findings from the report

Including the Kangaroo Island Dunnart, the Long-footed Potoroo, the Mountain Pygmy-possum, the Koala, the Greater Glider and the Spotted-tail Quoll.

Including the Blue Mountains Water Skink, the George’s Snapping Turtle, the Nangur Spiny Skink, the Alpine She-oak Skink, and the Ringed Thin-tail Gecko.

Including the Banksia Montana Mealybug, the Eastern Stirling Range Pygmy Trapdoor Spider, the Bathurst Copper Butterfly and the Alpine Stonefly.

Including the Yalmy Galaxias, the Flathead Galaxias, the River Blackfish, the Macquarie Perch, the Cann Galaxias and the Blue Mountains Perch.

Recovery: What it is, and what it isn’t

Images of sprouting eucalypts and greening fire grounds have been dominating the national and global media of the bushfire recovery, so it is easy to think that the Australian bush is already bouncing back from the fires.

While Australia’s environment has evolved to adapt to fire, University of Tasmania research shows we can no longer assume it will recover completely.

Although fires are natural in Australia, they’re now occurring at an unprecedented frequency and intensity in areas that, historically, did not burn. This new regime does not allow the effective recovery of natural systems to their pre-fire state.

The researchers give the example of the Alpine High Country which was badly affected recently:

Fires in alpine ash forests (Eucalyptus delegatensis) are a good example of this. Unlike many eucalypt species which can re-sprout after fire, this species’ only means of recovery is through germination via a seed bank in the canopy, and rapid germination and growth of seedlings after fire. Multiple fires in quick succession kill seedlings before they reach maturity, disrupting the tree’s reproductive cycle and leading to local extinction of the species in the landscape. Alpine ash forests have endured repeated fires in recent years. In 2013, a blaze in Victoria burnt more than 31,000 hectares of the Alpine National Park.

Recovery is happening in some places and for some species though, it’s just not distributed equally. As Kathryn Lambert from University of New England shares in her article ‘These plants and animals are now flourishing as life creeps back after bushfires’:

Of course, bushfires kill innumerous trees – but many do survive. Most of us are familiar with the image of bright green sprouts shooting from the trunks and branches of trees such as eucalypts. But how do they revive so quickly? The secret is a protected “bud bank” which lies behind thick bark, protected from the flames. These “epicormic” buds produce leaves, which enables the tree to photosynthesise – create sugar from the sun so the tree can survive.

Often forest recovery follows a chain – the return of sprouting plants brings insects, which bring birds, and once when habitat is sufficient enough to provide refuge – small mammals may return.

Whether you’re in rural or urban areas, one of the best things you can do to provide additional food and refuge for animal life, is to plant native species in your backyard – as the researchers in ‘Want to help save wildlife after the fires? You can do it in your backyard’ write.

With the severity of the fires, we’re in new territory for where our animal life may seek refuge. Being part of the solution, especially when confined due to COVID-19 can teach you new things, connect you with like minds, and get you outdoors!

Our top tips for helping:

Support us for Free

Join over 30,000 people in our supporter network and receive our free eNews with the latest in volunteer projects, competitions and events.